As the partial U.S. government shutdown creeps into its third week, the impact of what is set to become the longest shutdown in history continues to spread, and travelers along with their advisors are not exempt from the fallout.

Clients Rethinking Vacation Time
Today, Jan. 11, an estimated 800,000 federal employees missed their first paycheck since the shutdown began on Dec. 22, 2018. With these employees and their families facing an uncertain financial future, many would-be travelers are reevaluating their budgeting priorities and cancelling previously scheduled trips.

“The government shutdown has made many of my clients take a second look at their plans that are strictly for pleasure, taking a mental health break, or family bonding time,” says Yvonne Corder, travel designer and owner of Bucket List Travel Company. Financial concerns have already led to two of Corder’s clients cancelling their trips, including a couple headed on their 40th wedding anniversary cruise, while others have put their planning on hold until 2020.

“They need to focus on the life necessities like shelter and food before their mental health vacations. The furlough and possibility of not receiving back pay is a very real threat to their livelihood and lives,” Corder adds.

And she is not alone in facing this issue.

“My agency has gotten two cancelled trips so far due to the government shutdown. One was a honeymoon,” says Michael Faust, owner and travel agent at Destinations 24/7 Travel Services.

Delays at the Airports 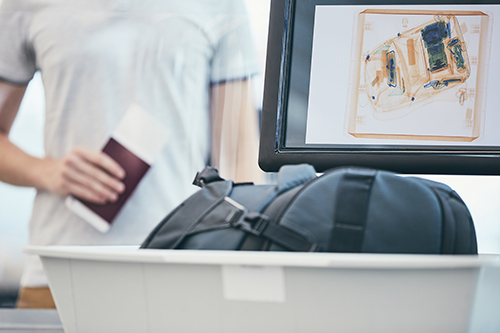 For those moving forward with their travel plans, whether they’re federal government employees or not, they’ll be met with a myriad of potential issues that start at airports across the country, where increased numbers of TSA Officers are calling out sick, leading to longer than usual waits for airport security lines. According to tweets from Michael Bilello, TSA’s assistant administrator for public affairs, on Jan. 10, the TSA experienced unscheduled employee absences at a rate of 5.1 percent compared to 3.3 percent on the same day last year. Previous statistics tweeted by Bilello show a similar uptick in unscheduled absences on several other days as well; however, Bilello also maintains that this has had minimal impact on wait times as 99.9 percent of travelers faced wait times shorter than 30 minutes and on average 95 percent waited less than 15 minutes. Despite Bilello’s claims, Miami International Airport is feeling the repercussions of mass call-outs by TSA agents and today reported that it will close Terminal G early on Jan. 12-14.

In addition, regardless of the public’s worries for aircraft safety, including concerns expressed by Captain Joe DePete, president of the Air Line Pilots Association, International, in an open letter to President Donald Trump, Bilello continues to assure travelers via Twitter that safety measures have not been compromised by the shutdown.

Trouble in National Parks, Monuments, and Museums
While the federal government made the untypical decision to keep national parks open during the government shutdown, recent visitors to the parks have found that staffing at these public lands is much lighter than usual and facilities like visitors centers, concessions stands, and bathrooms are closed. Several reports of overflowing bathrooms, trash pile ups and vandalism have forced some parks, such as Joshua Tree National Park, to shut down completely, while others like Bryce Canyon National Park have been able to remain open with staffing in its visitors centers thanks to donations. Meanwhile, all Smithsonian museums have closed their doors throughout the shutdown, as have several national monuments and other federally funded historic sites and tourism attractions.

Adjusting to Changes for Both You and Your Client
For travel advisors, the changes in their clients’ disposable incomes and willingness to travel will undoubtedly impact their business outcomes and require adjustments. For Corder that means adjusting her strategy when working with clients.

“I have made some minor changes to my planning strategy during this difficult time for some of my clients. I focus on possible staycations and camping trips and building itineraries that will include free attractions,” she says. Corder is also preparing in other ways, including for the lower commissions she may receive moving forward due to cancellations.

“We will have to look at the types of vacations we promote and expand stateside travel over international travel, which is much more expensive. We will have to offer less perks like onboard credit on cruises and lower down payments for Disney trips that would come out of the company pocket,” she says.

For travelers who may be uneasy about booking travel at this time, Faust has also made some changes saying, “I’m pushing travel insurance a lot more than I used to.”

Susan Farewell, the founder and owner of Farewell Travels, is taking her clients’ preparations a step further noting that those who can still travel may have issues with services such as passport renewals.

“This time of year, we review details about our clients, such as whether their passports or Global Entry are expiring in the calendar year. We send them heads-ups to renew. Because of the shutdown, we are encouraging everyone to start the process as early as possible,” Farewell says. “We learned from our past experience with Trump’s travel ban and trying to get visas to certain countries, that it’s best to get in the queue as soon as you can.”