RIU Hotels & Resorts has opened the doors to its newest hotel, the Riu Palace Costa Mujeres, introducing with it a new architectural concept. The new layout of the bars and restaurants allows guests to truly enjoy those spectacular views of the sea. It is the international hotel chain’s 19th hotel in Mexico and its second in Costa Mujeres, following the opening of Riu Dunamar in this destination in December 2017. 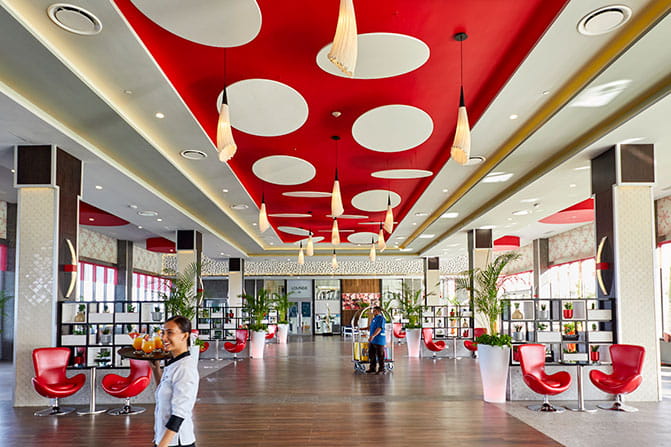 Luis Riu, CEO of RIU Hotels & Resorts, explains in press material that one of the new hotel’s standout features is the innovative layout of its restaurants, bars and square on the upper floors of the complex, which provides them with direct views over the sea, the hotel’s pools and gardens and the expansive beach. This breaks away from the more conventional layout of having all the shared areas and services on the ground floor. “With this new hotel, we wanted to fulfil a wish expressed by some of our most loyal customers: to have clear views of the Caribbean while they enjoy food and cocktails. To do this, the building has been designed in an innovative way, creating terraces, dining rooms and cozy corners on the first floor to improve our guests’ experience,” said Riu in press material. 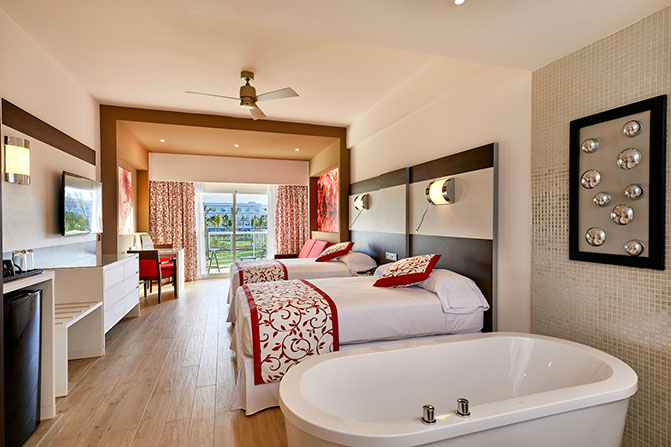 The 670-room Riu Palace Costa Mujeres, part of the Riu Palace line, is located by the beach of Bahia de Mujeres, some 18 miles north of Cancun’s hotel district. Its location affors access to the area’s lesser-known attractions such as the Isla Mujeres turtle conservation center, the pre-Mayan ruins of El Meco and the archaeological remains found at El Rey. 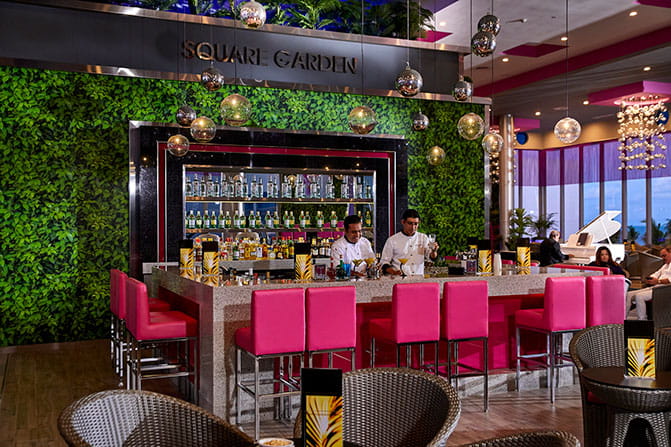 In addition to several dining venues, including several themed restaurants, the resort has five pools, two of which have swim-up bars, and a reserved area on the beach with lounge chairs and umbrellas. The newly built hotel also offers varied entertainment programs for adults, sports activities with RiuFit and art with RiuArt, as well as live shows, a gym and a spa. Its location next to Riu Dunamar means guests can enjoy Pacha nightclub, RiuLand kids’ club and Splash Water World, a water park with thrilling slides.

With this new launch, the hotel chain now offers nearly 11,000 rooms in Playa del Carmen (six resorts), Cancun (four), Costa Mujeres (two), Los Cabos (two), Riviera Nayarit (three), Mazatlan (one) and Guadalajara (one). This year will be topped off with the opening of Riu Palace Baja California in Los Cabos, scheduled for December 2018, and it will be the company’s 20th hotel in Mexico.